Jose Ramirez guitars, one of those mythical names whiting the spanish guitar manufacturers, have renovated the R line in their studio series guitars. With two new models, the Ramirez RA and the Ramirez RB. Two guitars with stunning design and great playability. The Ramirez RA and the Ramirez RB are the entry level models of the popular Ramirez Studio line. This series was designed by José Ramírez IV in 1991 and renewed by Amalia Ramírez in 2014 on its decoration and improved on its construction. These guitars are inspected, adjusted and certified by Ramírez. 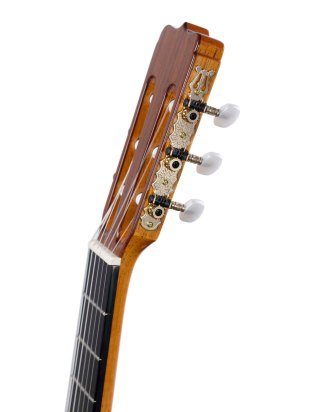 Te Ramirez RA.the most affordable of the two models is available with Solid cedar top or solid spruce top. The back and sides are made from laminated indian rosewood and the fretboard is made of ebony. The main external difference with the previous model apart from the design in the rosette and the bridge is the adoption of rosewood for the body instead of mahogany, but according to Ramirez they have also made internal improvements in the bracing design. 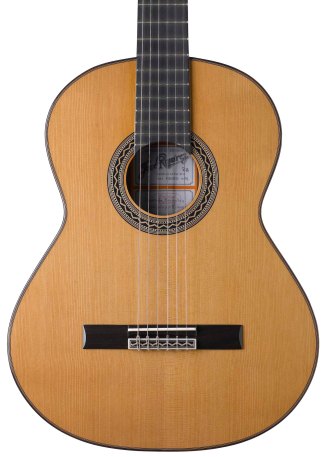 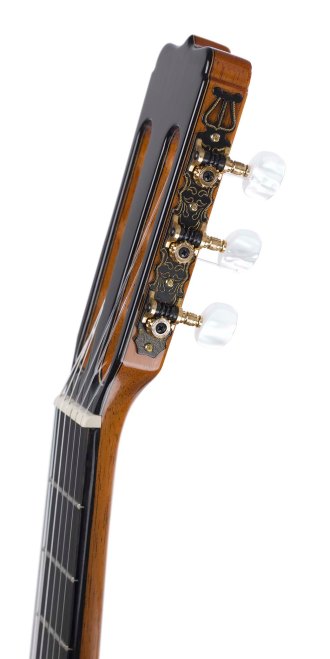 The Ramirez RB has a body of solid indian rosewood combined with the choice of solid cedar cedar top or solid spruce top. The fretboard is also made of ebony and there is an ebony reinforcement strip on the neck too. The luxury black and gold tuners make a good impression of the headstock that in this case is darker than her sister the RA. The back of the guitar presents also a more elaborated wood decoration.

Both models can be ordered with or without electrification systems from Fishman, Roland,  Schertler or with MIDI pickup from RMC. The standard models come in 650mm scale length but they are also available in 635mm.

For prices and options visit www.guitarfromspain.com