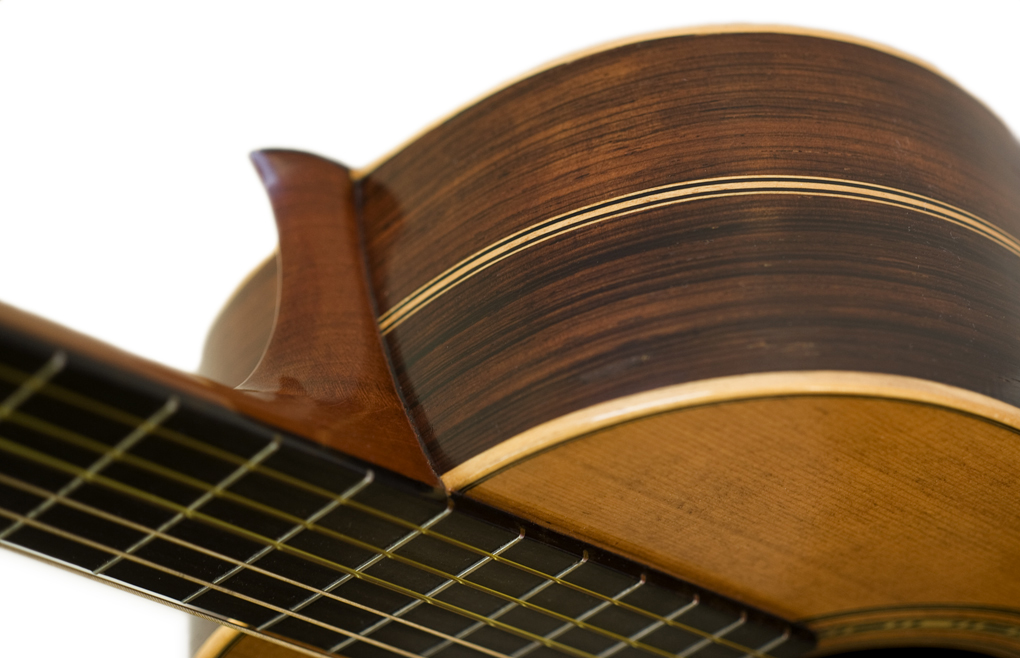 The Spanish heel is a system of guitar making and as you can tell, it’s characteristic in Spain and applied to all Spanish guitars that are manufactured here. The Spanish heel system it’s a simple method where part of the guitar neck remains inside the body when building the guitar. It’s more complicated and time consuming than the typical glued neck present in many Asian made guitars and other “cheap guitars”, but considering the benefits it’s totally worth it.

Let’s take a look at the process of building these guitars and consider its benefits, so the next time you will know whether you’re dealing with a top-notch guitar or not, because once you see it, you can’t unsee it.

The Spanish heel was an invention of Antonio Torres. Thanks to this heel and his other inventions, Torres’ guitars were so superior to other guitars that he changed the way guitars were made—not only in Spain, but in the entire world.

In fact, his guitars were widely imitated and copied because he never signed them. So you imagine the amount of fake Torres’ guitars that have been made—even among well-known makers.

In this style of construction, instead of building the body of the guitar and then adding the neck, the guitar is built around it. The neck is notched at the heel where it is assembled with the sides to create a whole body.

This means that basically the neck is the first thing that gets done, because it first gets glued to the top. And then the sides are fitted to the top and into the lateral gaps in the neck.

At a quick glance, we can easily imagine the benefits of this construction and notice how much better it is than guitars that use a joining system to attach the neck to the body. The result is a robust neck mounting, due to the fact that the entire body is built around it. It offers a far better stability and durability of the instrument. As a matter of fact, this is the ideal method to build a guitar.

Famous Spanish guitar manufacturers like Alhambra, Raimundo, Prudencio Saez, Hermanos Camps, Jose Ramirez or Manuel Rodriguez among others, remain faithful to the Spanish heel as their guitar construction system even for acoustic guitars made of steel strings.

PS Click here to read more about Antonio Torres, the inventor of the modern classical guitar.