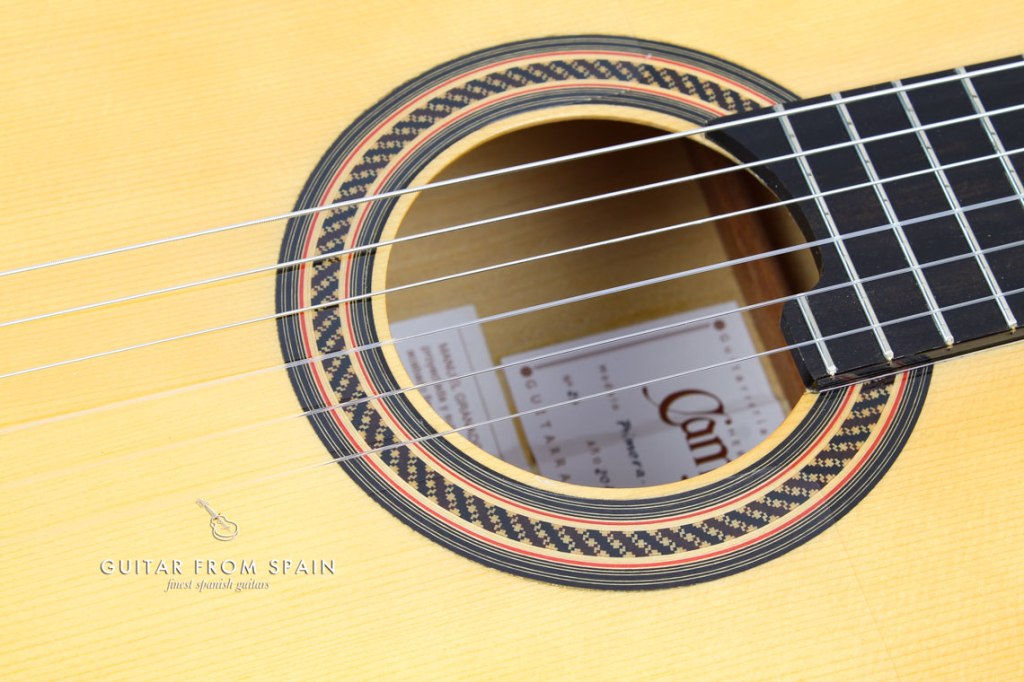 The heartland of Flamenco is an area of land in southern Spain, often referred to as the golden triangle. Between the vertices of Cádiz, Jerez de la Frontera and Triana in Seville, this art form originally passed down through family dynasties, mostly secluded from the outside world. During this time it evolved from a purely vocal genre of music to a fusion of song, dance and guitar playing.

Fast forward to the present day and flamenco has become icon of Spanish culture, an integral part of the national identity, and a lodestone that draws visitors from all over the world to Andalusia every year. That flamenco has gained global status, we can bear witness to at GFS: we have sent flamenco guitars to every corner of the planet, from Vietnam to Chile and from Canada to Madagascar.

On inscribing flamenco in the List of Intangible Cultural heritage of Humanity in 2010, UNESCO referenced the ‘gamut of feelings and states of mind’ that flamenco music expresses. The responses we got from flamenco lovers Mark from Michigan and Joseph from Kentucky on the arrival of their Camps Primera A can also vouch for that.

This guitar is beyond my wildest expectations; easily the match of a $4K instrument (just as some reviewers had stated). Very warm, but not buzzy, and great action and feel. It’s very Flamenco Nuevo, which is what I wanted and why I switched from my earlier choice after noting that that one had a more traditional sound. I’m going to be using this some in Brasilian styles as well (where nylon guitars of various types are more common than arch-top jazz guitar), so I needed this versatility.

Do you know for sure that it was strung with D’addario Pro-Arte EJ46FF Carbon strings? My caliper isn’t super-accurate and gets different gauge measurements each time I use it, but I think the wound strings are thicker and thus might be the next one up in that series. I ask, because I love the strings, so likely won’t change.

One final question, as I keep detailed records of every aspect of my instruments: do you know what bracing this model uses? I had assumed that flamencos use Spanish Fan Bracing like classical guitars, but from the parts I can see through the soundhole, I think it’s something else (and probably true of most flamencos).
Thanks,

Camps Guitars have been producing both flamenco and classical guitars for over 75 years, and they’ve made it their life’s work to adapt each and every one of their models to fulfill the demands of guitarists of all genres. As such, the low action on the Camps Primera A (which belongs to the Hermanos Camps series of signature models), has been customized to accommodate the needs of a concert-level flamenco guitarist. Mark’s appreciation of the ‘warm, but not buzzy’ sound is something Camps have attained by precise calibration of the strings above an exquisite ebony fingerboard and rosewood bridge.

This sublime flamenco instrument must also meet the approval of concert guitarist Manuel Granados before it leaves the Camps workshop in Girona, Spain. No mean feat.

More than one string to its bow!

The strings that Mark loves on the Camps Primera A are D’addario EJ-45 FF Carbon Dynacore, except for the first string, which is Augustine Regal. These enhance the superb definition and powerful projection that flamenco music demands, as well as effortlessly transmitting the punch and depth of emotion of the flamenco guitarist.

Finally, all we can tell Mark about the bracing system used in the Primera A flamenco guitar, is that yes, it is an adaptation of the bracing system pioneered by Antonio de Torres in the 19th century, known as fan bracing. This system offers considerable structural support, which is essential for an instrument of such a light build.

We also peered through the sound hole of a Camps Primera A at GFS, but we were unable to ascertain anything further. Subsequent enquiries confirm that a guitar’s internal architecture is one of those secret ingredients that guitar makers are disinclined to discuss in much more detail.

I love my new guitar and I can’t thank you enough!

I have not been able to put the guitar down since I got it – beautiful!

Your description on your website was completely accurate. The action was set in flamenco fashion, wonderful ergonomics, feeling low and even but surprisingly with a lot of clarity and not too much buzz. I didn’t feel at all that I was fighting the action or trying to compensate. It was just right! Also, the tone was round, full and warm, but could be pushed to the bright side when I wanted. It was so easy to control different tone qualities throughout all the entire fretboard with clarity. The quality of construction and materials is excellent. Also, one thing you said in your description of the instrument about the separation between the voices is especially true. No matter how soft or loud, every voice per each string was completely distinct and blended warmly with the total sound. This guitar is an unbelievable value for the money. I had heard several recordings done with the Camps Primera A Flamenco and fell in love with the sound. Having the guitar in my hands finally, all I had hoped for is true. This is truly a wonderful instrument.

With an instrument of this calibre, it’s very difficult to put your finger on one particular element that has taken it to the next level. But if forced to choose, it would probably be the playability of the Camps Primera A, which explains why Joseph from Kentucky hasn’t been able to put his down.

And whatever your playing level, the ergonomic cedar neck (strengthened with a carbon truss rod) allows the hands to move swiftly and easily up and down the fretboard to produce a brilliant and vibrant flamenco sound.

The materials are instrumental

Joseph you are not alone. We get a lot of feedback from customers commenting on the quality of construction and first-rate materials of their Camps guitar, be it a classical instrument or flamenco model, from the Guitarres Camps or Hermanos Camps series.

Of course it helps that the top, back and sides of the Camps Primera A are made of solid woods, the soundboard in the finest spruce. For good measure, the master luthiers at at the Camps workshop use a fusion of artisanship and cutting-edge technology to create these pieces, then put them together to assemble an instrument that weighs a mere 1250 grams.

And last but not least, we think it’s best you listen to the superb separation between voices and tonal warmth of the Camps Primera A for yourself.

No need to take our word for it – or Joseph’s.