From January 2nd 2017 onwards, all species of Dalbergia (Rosewood) have been included in CITES Appendix II, as well as Bubinga (Guibourtia demeusei, Guibourtia pellegriniana and Guibourtia tessmannii). Some species of Dalbergia that were already in CITES have had their annotation changed. In this post and thanks to the information provided by MADINTER, one of the main importers and suppliers of woods for musical instruments in Spain, we want to help you understand the significance of these changes and the way they will affect the trade of guitars that use these woods.

It is important to point out that the woods affected by these new regulations are not necessarily endangered, but that their trade is being controlled in order to prevent overexploitation. It is also important to emphasize that, unlike the woods used in instruments made in Asia, guitars made in Spain contain woods that come from sustainable forests, with all the certificates that guarantee the origin and sustainability of these woods.

All the species controlled by CITES are listed in 3 appendices, according to the degree of protection they require. They may or may not have an annotation.

Appendix III includes species that are protected in at least one country, which has requested the assistance of the rest of the countries subject to CITES, to control the trade of the species.

Appendix II includes species that are not necessarily endangered, but their trade must be controlled in order to prevent overexploitation.

Endangered species are listed in Appendix I. The trade in specimens of these species is authorized only under exceptional circumstances.

Sometimes, a species that is included in one of the CITES appendices, may also have an annotation. The annotations explain that the trade of a species in a certain form is controlled by CITES, but in another form it is not.

In this case, Brazilian Cedar logs, sawn wood and veneer sheets are in CITES. However, a finished product, such as a guitar that has a Brazilian Cedar neck, is not controlled by CITES.

Several of the species that are commonly used in guitar construction are in the CITES appendices, and some of them have different annotations.

As of January 2nd, 2017, all species of Dalbergia are in CITES Appendix II, as well as Bubinga (Guibourtia demeusei, Guibourtia pellegriniana and Guibourtia tessmannii). Some species of Dalbergia that were already in CITES have had their annotation changed. In this table we can see the most frequently used species in the manufacturing of guitars and other musical instruments, according to the legislation in place from January 2nd, 2017:

This is not a complete list, it only shows some of the commonly used species for building guitars and other instruments.

Between September 24th and October 5th 2016, some changes in CITES regulations were agreed at the CITES CoP 17 conference in Johannesburg, South Africa. The updated regulations became applicable  on January 2nd 2017.

The most significant changes applicable to the music industry are the following:

–  Inclusion of all species of Dalbergia in CITES II.

–  The assignment of an annotation # 15 to Bubinga (Guibourtia demeusei, Guibourtia pellegriniana and Guibourtia tessmannii) and to all species of Dalbergia (except the Dalbergia nigra, which is the only wood in Appendix I of CITES, without an annotation).

What do these changes entail?

Even more important is the change of annotation. Until now, even Dalbergiaspecies that were already on CITES II, such as Madagascar Rosewood and Cocobolo had a # 5 or # 6 annotation. From now on, all Dalbergias will have a # 15 annotation.

This means that, until now, a CITES permit was only necessary to export or import raw wood, but it was not necessary for finished products. As of January 2nd, 2017, a permit is required to export and import finished products containing wood of any species of Dalbergia or Bubinga (Guibourtia demeusei, Guibourtia pellegriniana and Guibourtia tessmannii), such as a guitars. 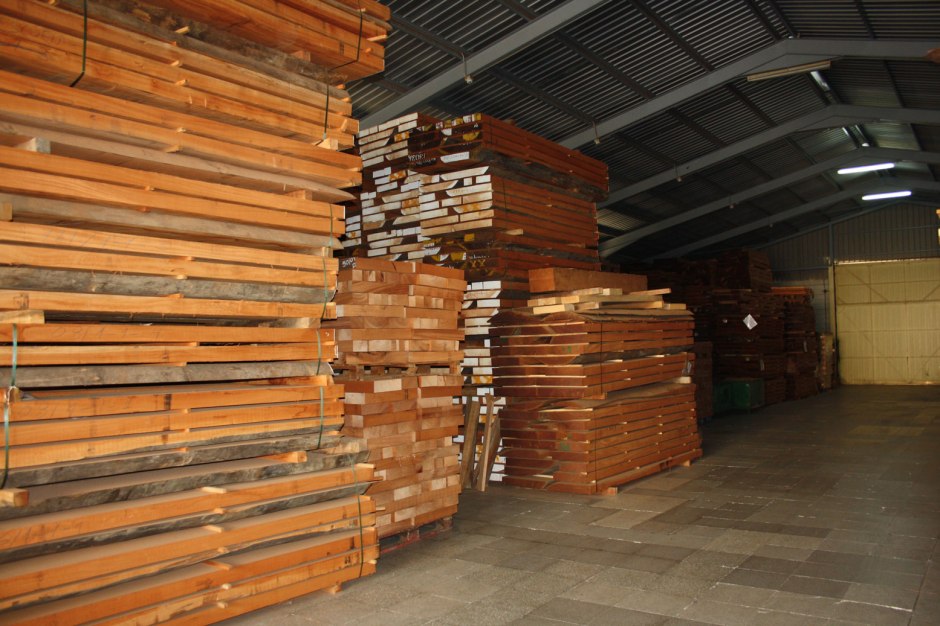 This means that we can export and import these parts of the plant without a CITES permit. This exception has no implications for the music industry.

b)  Non-commercial exports of a maximum total weight of 10 kg per shipment; (Excluded)

This exception allows a person to travel to any country in the world with a finished product containing less than 10 kg of a Rosewood (Dalbergia) or a Bubinga (Guibourtia demeusei, Guibourtia pellegriniana or Guibourtia tessmannii) without a CITES permit, as long as there is no commercial transaction of the product.

For example, a musician is permitted to travel to any country with his or her Indian Rosewood guitar without needing a CITES permit, as long as he or she does not sell the guitar during the trip. A musician is also permitted to p earns money by playing his guitar abroad, as that would not constitute a commercial transaction of the instrument.

c)  Parts and derivatives of Dalbergia cochinchinensis, which are covered by Annotation # 4;

Dalbergia cochinchinensis parts that are listed in CITES annotation # 4 can be exported and imported without a permit. These parts are seeds, spores, flowers and other elements that are not used in musical instruments.d)  Parts and derivatives of Dalbergia spp. originating and exported from Mexico, which are covered by Annotation # 6.
Finished products that have been manufactured in Mexico withDalbergia wood from Mexico can be exported and imported without a permit. This means that, for example, if a guitar is made in Mexico with Cocobolo wood (Dalbergia retusa) that has grown in Mexico, this guitar will not need a CITES permit to be sold in any country.

Important: This exception only covers this particular case. A permit is required for:

Starting January 2nd 2017, when one buys wood or finished products containing any Dalbergia or Bubinga wood in a country outside the European Union, the importer will need a CITES permit provided by the seller or the supplier to be presented with the documentation for the customs clearance.

The documentation that the seller or supplier must provide includes a CITES export or re- export permit, issued by their country’s CITES authority.

Guitar From Spain provides  CITES Export permits with all the guitars made with woods included in CITES II for our international shipments outside the EU.

A permit will only be necessary if the wood or products are shipped to countries outside the European Union. For sales within the EU, no CITES permit is required (the only exception is Brazilian Rosewood, Dalbergia nigra, which is the onlyDalbergia on CITES Appendix I, and therefore ALWAYS requires a permit).

Can I still buy guitars containing rosewood, bubinga or other woods included in CITES appendix II?

Absolutely, but if you are buying a guitar containing these woods from outside the European Union, do it through a store that guarantees you to send the guitar with a CITES permit. Here is an example of the CITES permit Guitar From Spain includes with a guitar containing rosewood (Dalbergia Latifolia) shipped to a client in USA: 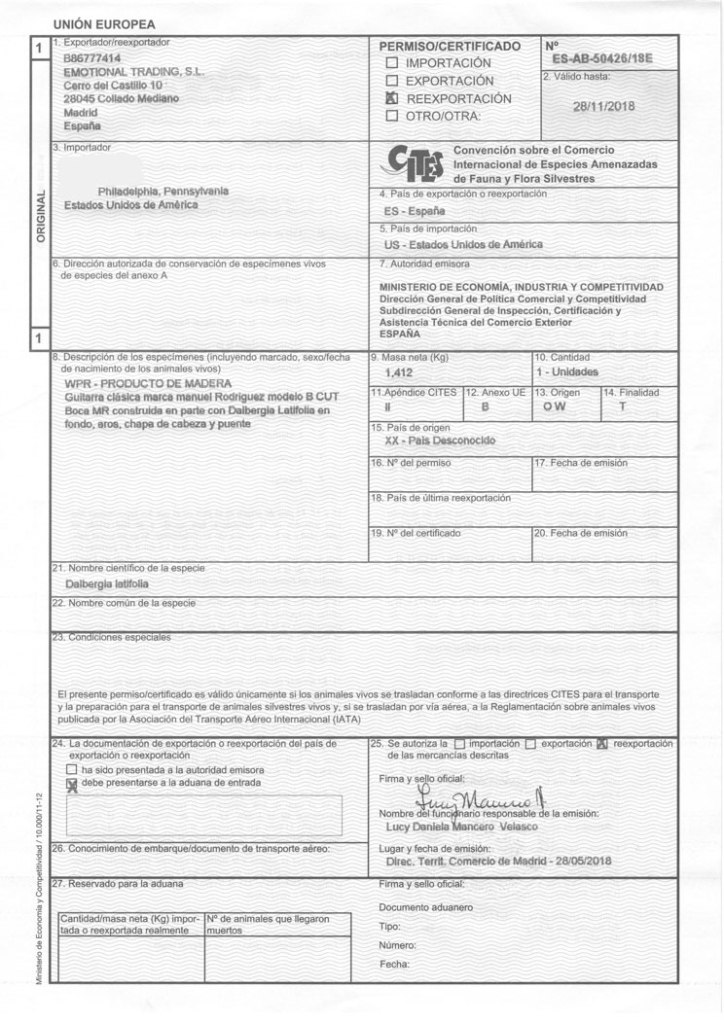