MIDI stands for Musical Instrument Digital Interface. It was a protocol created in the 1980s for musical instruments to communicate with each other.

It’s basically a sort of digital language that uses digital signals to transform the notes into that language. That way, your instrument can communicate with other machines: computer software, synthesizers, sound modules—you name it.

Now, the most common use of MIDI is with keyboards — but you can do exactly the same thing with a guitar.

A MIDI guitar is an electric, acoustic, classical or flamenco guitar with a special preamp system like the RMC-Polydrive IV MIDI-System, probably the most accurate MIDI pickup / Preamp out in the market. A 6 channel polyphonic preamp with 3-band equalizer and guitar/synth controls.

The mono signal is then equalized, passed through the INSTR. VOLUME control. Buffered with a low output impedance Line Driver and fed to both the MONO OUT and the POLY OUT jacks.

That system doesn’t just deliver the natural sound of the guitar via an analog output, but it also gives you the possibility to transform the sound that comes out of the six channel polyphonic output into a vast variety of sounds from your computer, synthesizer or sound module.

The way this works is simple. Guitars with MIDI pickups installed analyze the separate signals of the strings. These signals are routed to the special output, then passed thru a Guitar to MIDI converter and they are transformed into MIDI language. Connected to an external sound module, they can play other instruments as well as the sound produced in your guitar. 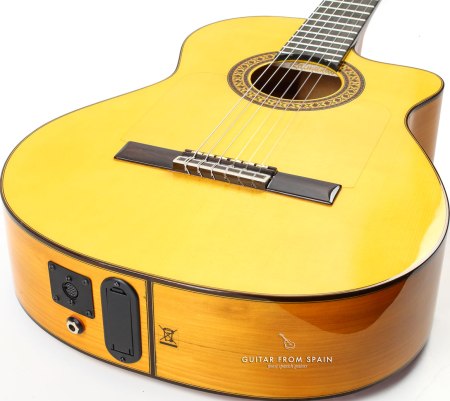 You can play an infinite variety of sounds with just a guitar. And not only that. You can also record in MIDI language on a sequencer and then play it back with different sounds. And then add different tracks with different instruments, edit them later or make a score of your music in your favorite DAW (Digital Audio Workstation).

You can even create a small orchestra whether you have a computer near you or not. Just connect your MIDI guitar to a MIDI converter with internal sounds and you’ll be able to play directly.

There are a few options out there for Guitar to MIDI converters, but the most popular one is the Roland GR-55. 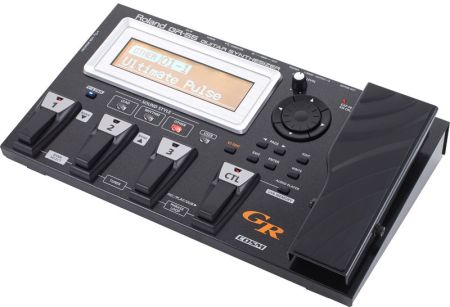 Let’s say you want to play your guitar with a piano sound, and you want to have a strings section in the background. You’d just have to press the foot controller to switch between the different sounds and add some layers to your sound. Of course, you can add all sort of effects to your music too from the same device.

To give you a quick idea of what a MIDI system looks like, here’s what you can do with a Ramirez guitar:

This is Aldo. He sent us this video playing his Camps FL11C MIDI:

As they say, the only limitation is your own imagination and your creativity.

Of course complex MIDI systems are not for everyone. But today technology has made it simpler than ever and affordable to everyone.

PS. Some of the brands we work with have MIDI ready guitars like Raimundo, Camps or Ramirez. They can also install a MIDI system on demand. If you want to order a brand new guitar with a MIDI system not listed as such on our catalog, let us know and we’ll contact the manufacturer to create a custom MIDI guitar for you.